In the News
Ingredients

Should You Refrigerate Tomatoes? 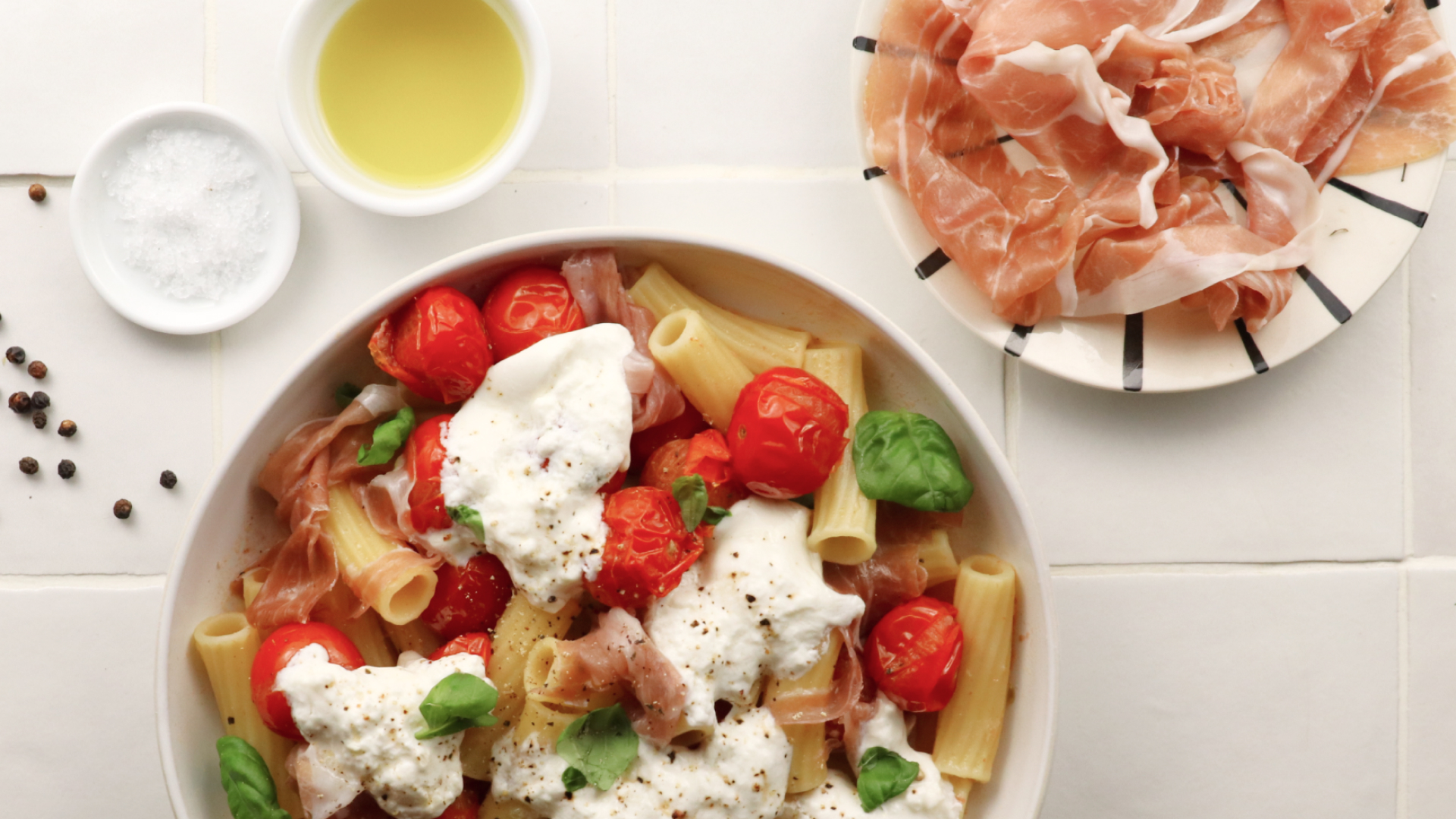 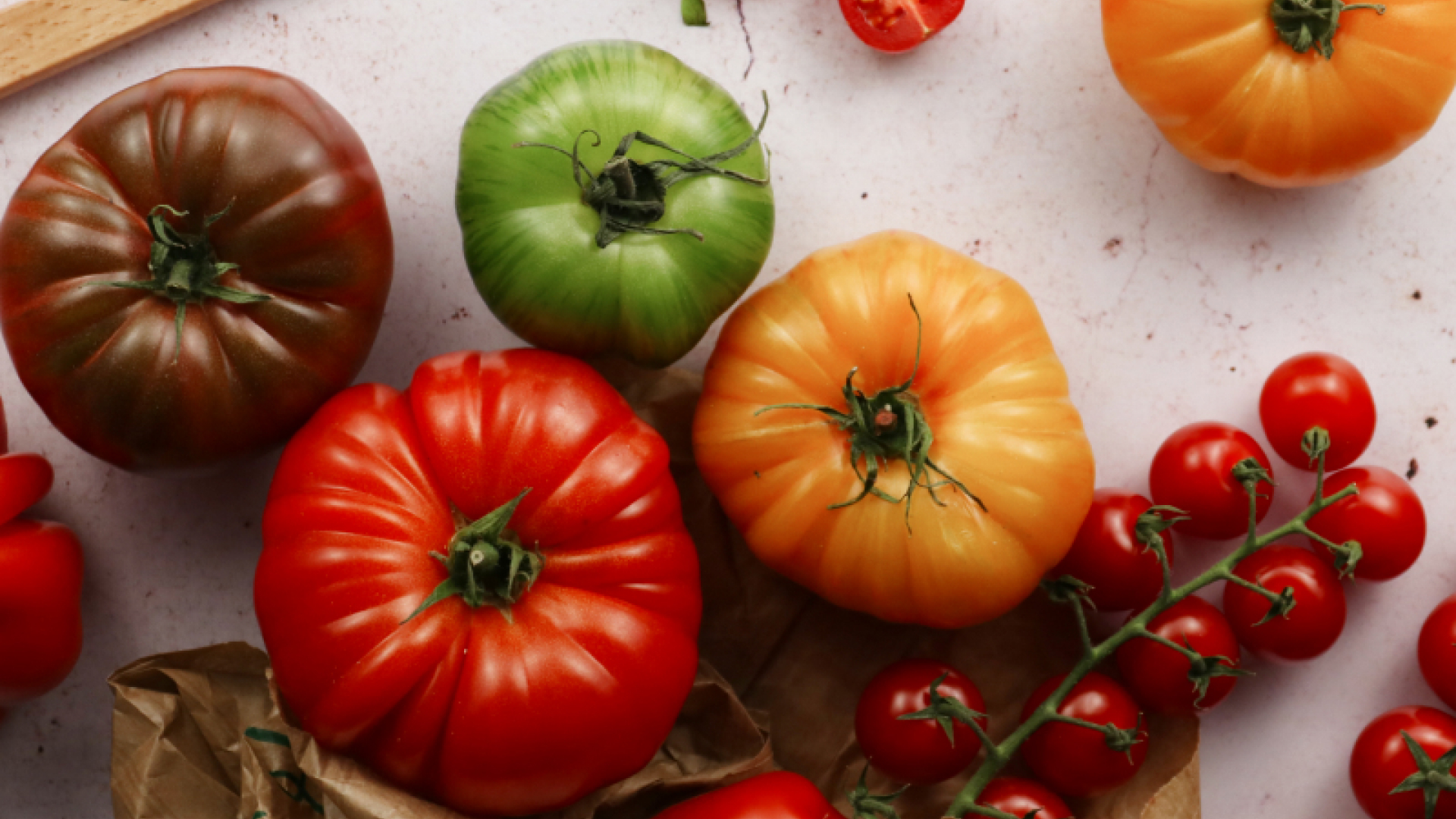 Tomatoes are versatile little fruits – yes, fruits – that you can add to a wide array of recipes. If you visit JOW’s recipe page, you’ll find tons of delicious dishes that use ripe, juicy tomatoes as the main ingredient. These include our savory rustic tomato tart, the mouth-watering Tuscan-style ravioli, our veggie quesadillas, and more!

In this post, we’ll be giving you some essential information about cooking with tomatoes – and how to store them! We’ll also explore the many different varieties of tomatoes and their uses.

Let’s get into it!

While tomatoes are often labeled vegetables, they really belong in the “fruits” category. This might sound a little crazy, but it’s true!

Botanists consider tomatoes fruits because they grow on a flowering plant and contain seeds. Vegetables, unlike tomatoes and other fruits, are the roots, stems, and leaves of plants.

However, many chefs lump tomatoes into the vegetable category. This is because, in the context of cooking, fruits are typically added to dishes for the sake of added sweetness and tartness, whereas vegetables are usually used in savory recipes.

Do Tomatoes Need to Go in the Fridge?

The general consensus among culinary pros is that tomatoes should be refrigerated as soon as they are ripe. Storing your tomatoes in the fridge too early can hinder their natural ripening process, but putting them in the crisper after they’re ripe will help them stay fresh for as long as possible!

You can even freeze tomatoes to keep them from going bad. If you’ve got way too many tomatoes on your hands at the moment, stick some of them in the freezer and use them later to make a cooked dish like soup. That way, they won’t go to waste!

The Many Types of Tomatoes

There are countless different types of tomatoes grown around the world, and each one has its own unique appearance and flavor. As an at-home cook, you can make the most of all of these different tomato varieties in your recipes!

Below are some of the most common tomato varieties, as well as some odd ones:

These big, bright red, delicious tomatoes are commonly sliced up and used as a topping for burgers and sandwiches. They’re also often diced and boiled down to make pasta sauce or minced for salsa. Their uses are endless, especially thanks to their pleasant, mild taste. You can’t go wrong with beefsteak!

These beefsteak tomatoes are often used to make green salsas and sauces, as well as for the classic fried green tomato recipe. They’re noticeably more tart and tangy than their red cousins, but they’re similar in shape and size.

Many chefs add these beefsteaks to both sweet and savory recipes, using them to add an acidic kick and bring out the best in their dishes.

Grape tomatoes have a sweet and tangy flavor, and they’re tiny enough to enjoy a cupful as a snack. They taste amazing grilled, and they’re often used by chefs as a garnish for steak and other grilled meats.

Cherry tomatoes are tiny in comparison to the big Beefsteak. They’re sweeter than your average tomato, and they’ve got a crisp exterior and a juicy inside, which makes them a perfect snack. These tomatoes taste great fresh off the grill, and they’re also often used as a salad topper.

These are the tomatoes that you’ll typically find at your grocery store labeled “tomatoes on the vine.” They're perfect for when you’re making a big tray of roasted veggies, and they also make the perfect salad topper.

Bigger than cherry or grape tomatoes but smaller than beefsteaks and romas, the cocktail tomato has a fruitier flavor than many of its counterparts.

Roma tomatoes are a staple in Italian recipes – chefs love their tangy taste and rich, meaty texture. They’re frequently found in stews and sauces, and they can also be turned into paste to make the perfect bruschetta topping.

These tomatoes come in a wide variety of colors, including green, yellow, orange, and red. Their flavor can vary widely, and how an heirloom tomato tastes often depends on a combination of color and ripeness. A typical heirloom has a flavor profile somewhere in between earth and sweet, with some tanginess thrown in.

There are too many wild and wonderful tomato varieties to cover in just one article, but we’ll list a few of our favorites here. If you can get your hands on some of these, you’re in for a treat!

How to Tell When Tomatoes Are Ripe

Now that you know that it’s best to refrigerate ripe tomatoes, let’s talk about how to tell if your tomatoes are ripe!

There are a few surefire ways to gauge the ripeness of a tomato. One of the most reliable criteria to use is the color of a tomato. The majority of the many varieties of tomatoes are red when ripe, but they are green when they’re at their most unripe.

As a tomato ripens, its hue will go from green to orange to bright red.

Once a tomato is red, you can test its ripeness by feeling it in your hand. A ripe tomato won’t be soft and squishy, but it shouldn’t feel hard as a rock, either. If you’re cooking with tomatoes on the vine, the ripest ones should easily give when you pull on them. Unripe tomatoes, on the other hand, will often cling to the vine. If they don’t want to come off the vine, let them be until they ripen!

Another great way to tell if a tomato is ripe is to try a taste test. Unripe tomatoes will have a tough texture, and they won’t really taste or smell like much. Ripe tomatoes, on the other hand, smell and taste great, and their texture is a perfect mix of juicy and tender.

Tips for Cooking With Tomatoes

With so many tomato varieties to choose from, the cooking possibilities are endless! Certain tomatoes lend themselves best to certain dishes, and others are sometimes tastiest when enjoyed raw as a snack.

If you’re planning on making salsa, pasta sauce, or tomato paste, we recommend picking up some red or green beefsteak tomatoes. These big guys are versatile, mild, and sometimes a bit tangy, and they’ll taste amazing in your next homemade sauce!

When making a salad, try throwing in some raw cherry or grape tomatoes. These little guys will add some crunch and color, turning a boring bed of greens into an eye-catching side dish.

Need some cooking inspiration? JOW has you covered. Head over to jow.com/cooking for access to tons of free recipes.

Is a Tomato a Fruit or a Vegetable and Why? | EUFIC

How Do I Know When My Tomato is Ripe? | The Spruce